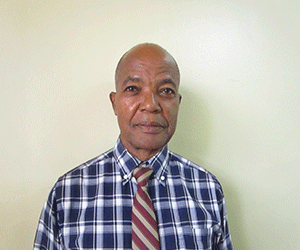 Prof. Kisanga graduated as a medical doctor in 1985 from the University of Dar es Salaam (UDSM). He worked as a tutor at Machame Clinical Officer Training School, Kilimanjaro from 1986 – 1989, after which he obtained the Master of Science in Tropical Diseases (MSc TDC) at the UDSM in 1991. The MSc TDC thesis got the WHO Award for addressing Community Health Problem of Schistosomiasis. He joined Community Medicine Department in MUHAS in 1993. He further obtained a Master of Public Health degree in Belgium in 1996 and PhD at Umea University, Sweden, in 2012. His poster presentation during “International Conference on Gender-based Violence and Sexual and Reproductive Health, Mumbai, India” (Feb 2009) got a WHO Award for Best Poster Presentation.

He joined the International Medical and Technological University (IMTU) in 2014 as a Senior lecturer in Community Medicine and was promoted to Associate Professor in August 2018, following which he was appointed Deputy Vice Chancellor responsible for Planning, Finance and Administration in November 2018.